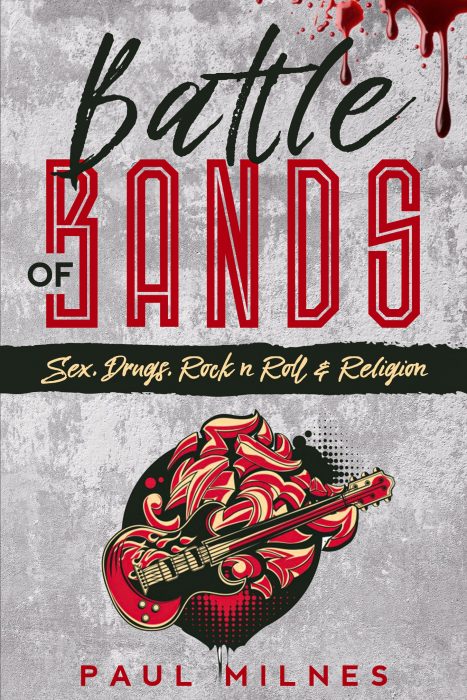 This is one lesson I thought I would have learnt my mistake. It was the start of a Journey riddled of Recklessness booze, drugs, sex, crime, religion, but best of all Rock N Roll & Good times.

Lucy witnesses her Mothers tragic sudden death after a horse-riding accident on their farm. Growing up without a Mother and relocated to a private Catholic boarding School, Lucy’s innocence is swept away in the Melbourne’s seedy underground world. Ecstatic and erratic, her world spirals out of control while the bond her and her brother have slowly slipped away as they begin to grow up independently. Growing up going through puberty she struggles to figure out who she is and how she’s fit in with her peer group. Acceptance from her friends is very important, and she compares herself to them. She feels increased expectations, and lots of distractions. Added pressure to experiment with drugs, alcohol, or cigarettes and to have sex, that she keeps secret concealed by behind hidden doors.

Archie a dynamic, outgoing and pro-active individual, forms a bond with his new band mates and he dreams of winning the Battle of Bands Competition. Stars in his eyes; he searches and works hard to turn his dreams into reality. Voices in his head reinforcing what is necessary to hold his curious mind to remain focused on the current situation. He worries about meeting his new school demands, pleasing teachers and especially his father while trying to keep up with his unruly new classmates. He seeks fame, he seeks love as any adolescence does. He simply wants to fit in, keeping the peace while chasing his dreams.

The 1980s were a decade of bold style, blue brothers’ sunglasses, desert boots, adidas rome sneakers, shoulder pads, perms and miniskirts. Melissa who plays the keyboard in the band has tried them all. Her hard rock punk look is her go to. A mix of innocence and mischief twinkled within her irrepressible eyes, who seems to have more street smarts than any other girl at school. Melissa knows how to tease everyone perfectly and is all smiles as she poses for photo shoots. Follow Melissa through her conflicting love triangle story between Tommy and Archie.

Founder of Lizardskin Talent, former radio announcer, singer songwriter, musician, DJ, Talent agent and Band Booker. Hosted and created “The Local and Australian Music” show on Radio Port Douglas 107.1 fm, during 1999 – 2005. Every Thurs 1pm – 4pm, showcasing local acts in the region, promoting and interviewing Australia’s finest up and coming talent and well-established Aussie Musicians such as Kate Ceberano, John Butler, Grinspoon, Renee Geyer, Screaming Jets and many more Aussie Legends while recording numerous live acts on his radio show producing a CD. As a band booker in Port Douglas, left his own band, all his friends to chase the dream of working in the live music capital of the world, Melbourne. As a band booker worked for independent record labels Jelly fish Music David Nicholas who worked with INXS alongside with Michael Stangel – Finalist in The Voice. Followed by a stint with Paul Wilshire’s label creating tours, (CEO of Songtradr).
Booking various acts he booked along the way such as The Cat Empire, Bondi Cigars, Trinity (Toured with Jason Derulo), Juke Kartel with Toby Rand ( Rockstar ) Vamp – Sara Roberts (CH 7 Home and Away) and Kate Lister ( CH 9 Sea change) , Dean Ray – runner up X factor, Borne with Cam Tapp - The Voice, plus many more underground Melbourne bands.

Turn of events including a sky diving accident followed by a case of whooping cough episode, in 2011 placed a sudden halt in his passion of singing and playing music, due to sudden coughing fits unable to breath choking on vomit while singing, damaging vocal cords his confidence and self-esteem. Unable to sing and perform, Paul focused back to a story that he had started writing while spending two nights in a hospital bed in Mossman, Nth Qld back in 1991, created by a handful of songs that he had written and been involved with. An outlet for the creativity he craves and misses. The past 2-3 years has been more intense, sourcing the help of editors in the USA, and a local self-publishing group here in Australia. This story has literally been 3 decades in the making.
His first novel “Battle of Bands” is born.